Getting into the mixed reality game with Microsoft HoloLens 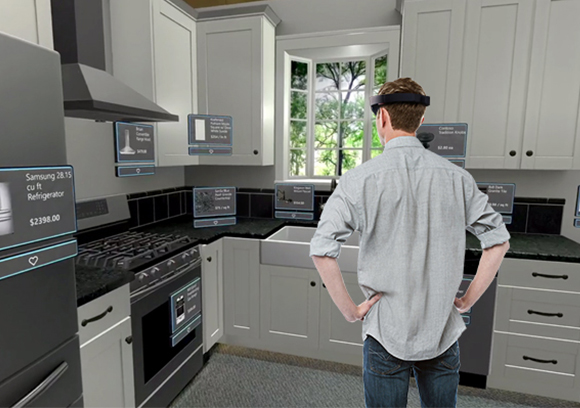 The mixed reality experience that Microsoft HoloLens offers blends together the elements of virtual world with real environment. It is one of the best MR devices in the market and gives the user an interactive experience that is not possible with most of the AR/VR devices. Mixed reality brings a series of opportunities for architects, realtors, educators, civil engineers, retailers, and product designers, providing them the ability to visualize their ideas in the form of 3D holograms.

Additionally, MR has a wide range of use cases for each of these industries, which our speakers will discuss during the event. In this event, we will share some of our experiences and demos while interacting with Microsoft HoloLens. Moreover, our speakers will also guide the attendees through the best practices for HoloLens application development.

KEYNOTES OF THE EVENT

Who attended the event?

Most of the attendees were project managers, operations managers, VR developers, and sales consultants from the IT and retail industries. The whole idea of this event was to debunk the myths and misconceptions of HoloLens’ mixed reality capabilities as well as explain how it can benefit all kinds of enterprises.

What was the audience’s reaction to HoloLens?

Attendees were disappointed with the limited field of view (FOV) since they had hoped for a possibility of wider FOV, just like the AR/VR headsets available in the market. Yes, there is a limited FOV with this device, but as our speakers told the audience; there is a good reason for it.

Firstly, HoloLens is designed with a built-in Windows 10 computer that is powerful enough to process a high amount of graphical data and without requiring a cooling system. This fact alone is a very big deal! With this technology currently available, the HoloLens can only process a certain amount of visuals before heat becomes a problem. By limiting the size of the screen, they were able to limit the amount of data that needs to be processed without losing quality.

Secondly, due to the limited FOV, HoloLens is able to maintain the current resolution. If Microsoft could have used the same resolution with larger FOV, the projection might have been poor. The best example of a resolution disaster product is Nintendo 3DS.

What was the thing that surprised the attendees the most?

The audience was not aware of the fact that IoT capabilities can be integrated with HoloLens. Our speakers conducted an on-site demo accessing the IoTConnect (our IoT platform) dashboard from HoloLens, which resulted in creating an understanding of how mixed reality can help employees with data access of the production line in real-time.

This is done by overlaying sensory data and more. Softweb’s experts have already created two proof of concepts where they have shown IoTConnect dashboard on HoloLens while interacting with Raspberry Pi to switch on/off things connected with the Pi board.